When I signed my contract to come to Korea there was a section about not entering into relationships with any of the students. Little did I know that an entirely different type of inappropriate touching would be going on. Specifically, Korea as a whole (or, more accurately, Asia as a whole) buggering my precious childhood memories into the middle of next week. Here I shall examine how and why.
Exhibit 1: Power Rangers 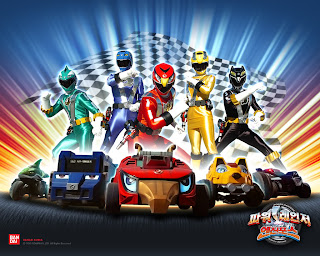 Back when I were a lad, Power Rangers were pretty cool, they used to beat up those clay guys and summon their big dinobot things when their enemy inexplicably grew giant – as far as I can tell this is still the case, but now they have so many spinoffs even the kids have trouble keeping up. The latest craze is Power Ranger Engine Force (skillfully translated into Korean as Power Ranger En-jin Pore-suh), which seems to consist of three cars that join together and turn into a robot called Engine King (or, as Dave and I convinced one kid to call his robot, Geoff). You can find some pictures of this on this creepy blog about toys I just found here.
I understand kid’s TV shows are inherently short-lived and have to keep iterating themselves at the speed of a child’s attention span to remain popular, but Engine Force is just crap. One of the Power Rangers’ weapons is a steering wheel on a stick for christ’s sake. Oh – and they ALL have mobile phones (Hello childrens toys!) – when I used to watch Power Rangers they’d just communicate with radios in they helmets. What’s with the big step backwards?
Exhibit 2: Transformers
Obviously Tranformers is popular here – it’s Transformers. But of course nowadays it isn’t – all the kids are obsessed with Transformers Galaxy Force, which helpfully takes the regular story of Transformers, scraps it entirely except for the “robots in disguise” part, and inserts a new and shit storyline, and of course new shit Transformers, like this fruity fellow – 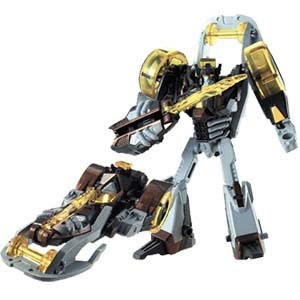 I don’t know what vehicle he’s supposed to be but I would guess he’s not quite as “in disguise” as his contemporaries.
Exhibit 3: Rescue Force
I have to admit to not knowing about Rescue Force, but I looked it up because it annoys me when my students yell “RESCUE PORE-SUH!!” and then beat the shit out of one another. According to Wikipedia, Rescue Force is “is a Japanese tokusatsu television series that began airing April 5, 2008, on TV Aichi. It is the first Tomica Hero series based on Takara Tomy‘sTomica toy car line. The characters use Tomica’s Super Tools and Super Vehicles to help save people from Super-Disasters and battle the evil causing them.”.
Sounds super! Also as a quick aside – why does The RAF Search and Rescue Force (the second Wikipedia result for “Rescure Force”) have an entry that is one paragraph long – this is for areal organisation that saves peoples lives – and the Rescue Force cartoon have an entry that stretches on for many thousands of words? Sometimes the internet is just horrid.
Exhibit 4: Thomas The Tank Engine
Yes, Thomas is alive and well in Asia, renamed Thomas and Friends and dubbed into Korean. While I’m glad it’s still the live-action toys of yore and not some re-imagined animé Thomas who fights intergalactic monsters by flying in slow motion against a rapidly-scrolling starry background, I find all the various Thomas merchandise pretty upsetting for something that, when it first aired, felt like it was made by your uncle in his spare time. Now it would appear Thomas is a corporate empire unto himself. Very sad. See the ominous-sounding Korean intro here. 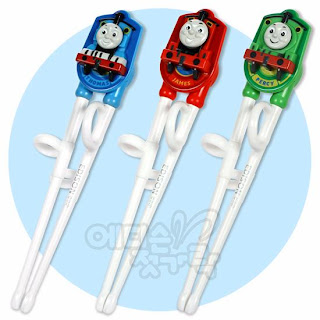 One thought on “Hands off my childhood, Korea.”